My spouse and I don’t get much time off from work, so on those rare occasions when we do, we like to go away for a weekend. This past weekend we made a trip to the Wisconsin Dells, mostly to meet with my spouse’s parents, but also to take our granddaughter to swim in the pool at the hotel because she loves that!

Meeting in the Dells is about halfway for each of us to travel so it made sense. It is still a seven-hour drive, but the roads are pretty good and we purchased a new vehicle so it wasn’t too bad.

“The Kid” slept for part of the drive there, but was mostly awake asking, “Are we were there yet!?”

Since most of the first day was spent in the car, it was a pretty mundane trip, but my granddaughter did liven it up with her games. She was so excited.

“You say Wisconsin and I say Dells!” 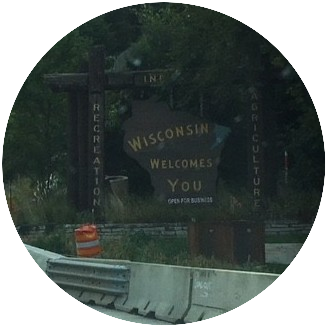 This became more exciting for all of us the closer we got to our destination.

When we arrived at the hotel and checked in we met with my spouses’ parents and went out for supper at a Cracker Barrel. I had never been to a Cracker Barrel before so I didn’t know what to expect. It was decorated interestingly and it just so happened that we were seated in an area that was all about farming even down to the Surge Pipeline metal wall hanging. Growing up on the farm, that was the brand of pipeline we used for our milking cows.

We ate and then went back to the hotel where we proceeded to check out the swimming pool. The kiddie pool had a castle and a couple of slides and the “big” kid pool had a bigger slide.

As fun as the castle was, the novelty kind of wore off quickly for my granddaughter and she wanted to go into the big pool.

She had a blast!

At first, she was afraid to go beyond where she could still touch the bottom, but with me on one side and my spouse on the other she finally was brave enough to let us take her out into the deeper areas of the pool.

By the end of the first evening she was begging us to let her try “swimming” on her own (she had a life jacket on). We let her go out into the deeper waters—we were still on either side of her—and let her swim to us a few feet either way. She did not want to leave the pool.

Finally, we did and that little girl slept soundly all night in her very own queen-sized bed!

Raising Grandkids who are Curious: Part One of Day Two

My granddaughter is very curious. She wants to try out everything. We decided to go to a festival on Saturday. 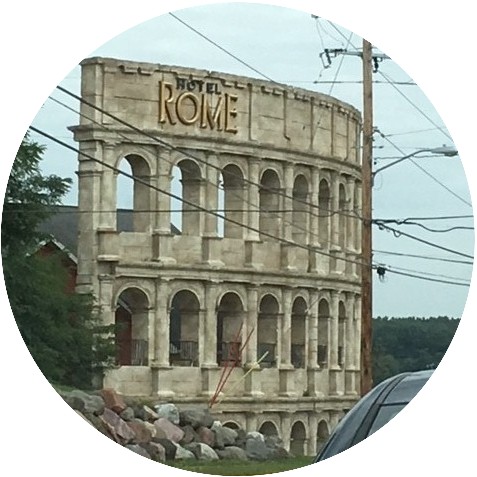 Apparently, this is a very big deal in the Dells with thousands and thousands of people attending this craft and arts festival. They were also having what appeared to be a half-marathon (13 miles), so one lane of traffic was blocked off for the runners. It took us almost an hour to drive five miles!

But, I was able to take several pretty cool photos from the car as we were going! And my granddaughter loved seeing the interesting things along the way, as well.

She asked a lot of questions as we went past one of the amusement parks called Mt. Olympus. While I did not study history, I have always wanted to go to Greece and Italy, so I was able to tell her about some things we saw like the Colosseum and the Trojan Horse that we saw which were part of the attractions (rides) there.

Tying it all Together

We use cookies to ensure that we give you the best experience on our website. If you continue to use this site we will assume that you are happy with it.OkPrivacy policy