We couldn’t go outside to play yesterday because it rained all day long. I guess we could have gotten all depressed because of it, but we didn’t.

Instead, we found other things to do. We played games and read stories and even made up a few of our own.

We were never promised a life without struggle. Since the beginning of time, there has been struggle. The Bible talks about the struggles we have had for all time (most of the struggles brought about by ourselves).

But yesterday was not a struggle. It was a good day. We laughed, we played. We hugged and we cared about each other. Later in the evening, even though it was still intermittently raining, we went out for dinner and then a little shopping. Our granddaughter calls it the “Chinese and WalMart” night. We do this nearly every Friday since she was about two.

It’s really funny because she will make up songs about it. She will brag to the daycare kids that she gets to go to “Chinese and Walmart.” After we eat and head on over to Walmart, she wants to head directly to the toy section! Of course. We will usually get her a little something while we are there, but not always.

Sometimes we have to say “no.”

She hates it when we say “no,” but she is learning that there are reasons we say “no” and then stick to it. She’s five and knows that she is spoiled! She likes to turn on the water-works when she doesn’t get her way. But we want her to be able to handle “no” and other rejections that will come in her life, so we use these experiences to teach her the way she should go. 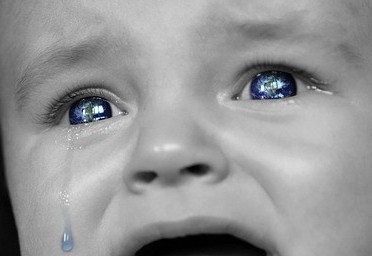 It isn’t easy, though. When the tears start to pour down her face, it just about breaks my heart. I have to be strong so I don’t give in! Sometimes, if she throws a tantrum, I want to just give in because it can be downright embarrassing to have a child have a “meltdown” in a store. But I remind myself that she only learns how to get her way again—if I give in—so I persevere and hold fast to my “no.”

Last night, she picked two toys she wanted. I told her she had to decide. I didn’t tell her the cost of either one—one was $9.98 and the other was $2.99. She studied the toys. Her eyes darted back and forth looking at the toys.

Eventually, and much to my surprise, she chose the one that was less expensive. Typically, she will pick the more expensive of any two choices. But this time, she proved my theory wrong!

She has been playing with the new toy since we purchased it. That is pretty good for $2.99!

Today, when you are thinking about your choices of things to do with your grandchild or child, just remember that there are so many things that you can do with a child that don’t cost money—like telling stories or reading books or playing games. You can have a great day without going anywhere.

My granddaughter loves her “stay at home days!”

Honestly, so do I!

We use cookies to ensure that we give you the best experience on our website. If you continue to use this site we will assume that you are happy with it.OkPrivacy policy